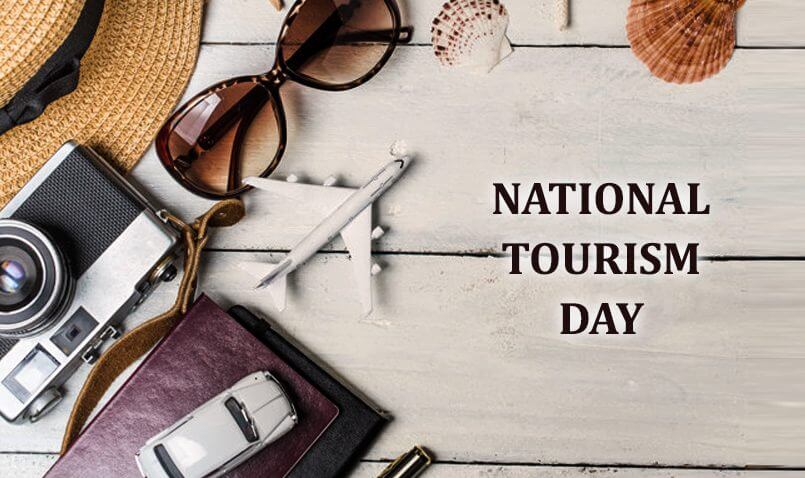 India is a country with rich historical significance. The history of our great nation stretches from the ancient books, the great minds, the finest fabric, the aromatic spices, the skilled artisans to the magnificent architecture. The majestic architecture of India is quite glorious. Every structure, built across different centuries has its own unique characteristics and breathtaking facades. To promote tourism to these historically important places and other tourist sites, the Government of India announced the celebration of National Tourism Day on January 25 every year. Here are 5 such historical sites that you must visit on this day and celebrate the National Tourism Day with your loved ones:

Taj Mahal is one of the Seven Wonders of the World. It was built by the Mughal Emperor Shah Jahan in the loving memory of his wife Mumtaz Mahal. The construction of this outstanding monument began in 1631 and got completed by 1648. The unique trait of Taj Mahal is that it is built on the banks of the river Yamuna using white marble. This Indo-Islamic architecture is admired world-wide because of its unique design, the four tall standing pillars and the Arabic inscription on the walls of the building. Located in Agra, a historic city in Uttar Pradesh, it is a must visit on the National Tourism Day.

Qutub Minar is one of the UNESCO World Heritage site located in the capital city of India – Delhi. It was built by Qutab-ud-din Aibak, the first Muslim ruler of Delhi in 1193. This 5 storey tower is 73 m high and is regarded as a tower of victory. Below the tower is a mosque and a courtyard, where stands a 7 m high iron pillar. The unique trait of Qutub Minar is that it is built using red sandstone and marble. Also, there are elaborate inscriptions on the tower, which makes it one of the most magnificent architectures in the world.

The statue of Sardar Vallabhbhai Patel, the first Home Minister of India is the world’s tallest statue built in 2018. The statue is 182 m high and is located in Kevadia, Gujarat. The fascinating site of the statue of unity has a breathtaking view of the Narmada River and the Sardar Sarovar Dam. The unique trait of the statue of unity is what it stands for. This statue is constructed in the loving memory of Sardar Patel, architect of modern India. It is an immense representation of the national harmony and integrity of India.

Charminar is a historic monument located in Hyderabad, Telangana. The Charminar (Four Minarets) was built in 1591 AD by Muḥammad Qulī Quṭb Shah. With time this monument has become the iconic tourist spot in Hyderabad. The unique trait of this monument is the Indo-Islamic style of architecture and the panoramic view of the city of Hyderabad.

Konark Sun temple was built in the 13th century along the coastline of the Odisha. The temple is built in the honor of the Sun God – Surya. It is one the UNESCO World Heritage site located in Puri district of Odisha. The unique trait of this architecture is the Kalinga style architecture of the temple. Also, there are 24 carved wheels on the north and south sides of the temple, which are led by 6 horses, thus giving the illusion of a chariot for the Sun God. We hope that you enjoy visiting these heritage sites of India on the National Tourism Day. These awe-inspiring monuments give you a glimpse of the past and the rich culture of India. We hope that you meticulously plan your trip, along with appropriate travel insurance to these places soon. You can check out Bajaj Allianz’s Bharat Bhraman Travel Insurance, a domestic travel insurance policy for all individuals travelling within India.