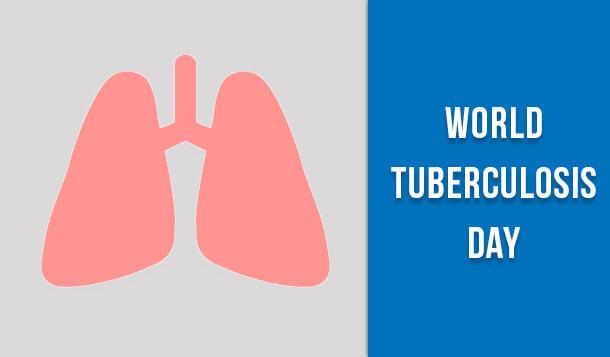 Every year, 24th March is observed as "World Tuberculosis Day". It is a global annual campaign, done to raise awareness regarding the disease. Tuberculosis is an airborne disease, which affects the lungs in the most fatal way possible. Rough figures suggest, that it is so dangerous that it can kill up to 4000 people everyday. India has the highest number of TB cases in the world, this is not just a health concern but also an economic burden. Tuberculosis is a major threat to the world these days, the following are the reasons why:

While there are many drugs available in the market for treating and curing TB. We should also keep in mind that some bacteria have become resistant to the medication available and TB also has the tendency to relapse. We need to exercise caution and should be alert even before we fall prey to this fatal disease. So, in order to keep ourselves healthy, we must take the following steps to avoid becoming a victim of TB:

Prevention and treatment, are the most we can do to keep ourselves away from a disease. But the most important thing to do is educate ourselves and people around us regarding fatal diseases. The theme of this year's "World Tuberculosis Day" is to UNITE TO END TUBERCULOSIS. This is a collective global effort to eradicate this disease. But at times, despite our best efforts we still fall ill and contract diseases that we never wanted to. During those rough times, we must be at least financially prepared if not mentally to start our treatment. Which is why it is imperative to invest in medical insurance plans  as they act as a shield during such crises. You can look into the various types of health insurance plans and mediclaim policies available to secure you monetary expenses. Spreading awareness regarding health insurance is also important to create awareness and enable people to tackle medical inflation at relatively inexpensive costs. Understanding differences between mediclaim vs health insurance  and the various other plans would really help you to select the right option and safeguard your future.