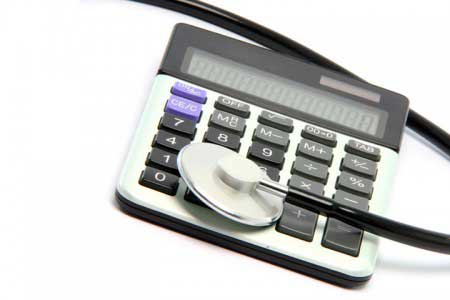 Factors that Could Impact Your Health Insurance Premium

Looking at the numerous options available in the market today, comparing health insurance plans and finding an appropriate cover could be a challenge. While the major considerations before purchasing a health plan would be the features of the plan, credibility of the insurer, claim settlement records of the insurer, hospital network, the most important aspect to keep in mind would be the premium. However, insurers charge different premiums for each customer, on the basis of their risk profile, which is determined by the information such as age, medical history among others disclosed in the proposal form. Let’s take a look at what the various factors which determine the premium for your health insurance plan are: Age: Younger people are expected to be healthier with fewer diagnosed illnesses, and are less prone to developing grave health problems. Hence, a younger individual is charged a lower premium than an elder person for the same sum insured. Insurers charge premiums on the basis of age bands like 26 years to 35 years or 36 years to 40 years. The increase in premium from one age band to the next can range between 30 per cent and 60 per cent. Body mass index: A simple way to gauge the health status of a person is the proportion between the height and weight. This ratio is commonly referred to as body mass index (BMI). A person with an abnormal BMI would indicate an overweight or underweight individual, depending on the value. In such a case, the insurer would ask the customer to undergo medical tests to rule out the possibility of any ailments such as thyroid, obesity problems and joint problems. If the tests turn out positive, the cover is offered. Otherwise, a higher premium may be charged along with certain exclusions or waiting periods for certain ailments. Medical history: Health insurance premium rates are decided on the basis of historic data that is analysed to find the risk associated with various factors. An insurer assumes that people with a family history of certain medical ailments would share these factors and have a similar risk. Hence, a customer with a family history of high blood pressure or diabetes could be charged a higher premium than a customer with no family history of the same. Tobacco usage: Habits such as smoking cigarettes and chewing tobacco would attract a higher premium. Family size: Plans which offer a single cover for the entire family are called family floater plans. The premium of such plans is decided on the number of members to be covered. The age of the eldest member is also considered while deciding the premium for the entire family. Amount of coverage: The sum insured opted for, by an individual, is another deciding factor of the premium. The higher the sum insured, the higher the premium. However, the premium can be reduced by opting for a voluntary deductible on the policy and can be calculated with an online health insurance premium calculator. This deductible indicates the amount that the policyholder would have to bear from his own pocket in case of a claim. A customer can receive a maximum discount of over 30 per cent by opting for the voluntary deductible. Honesty pays: The information provided in the proposal form is the basis on which the insurer decides the premium to be paid by the customer. Hence, customers should disclose all relevant and correct information to the insurer, even if it would mean having to pay a higher premium. Customers should check with the insurer or distributor to understand what stands as a valid declaration in case of pre-existing ailments. For example, frequent headaches may not be a valid declaration, but a diagnosed migraine would be. In case, any sort of discrepancy is found at the time of claim in the information disclosed in the proposal form, the claim could be rejected. This is not a situation you would want to be in, especially when you or your loved one is hospitalised. Learn more about the meaning of health insurance and its significance in the long run on Bajaj Allianz Blogs.