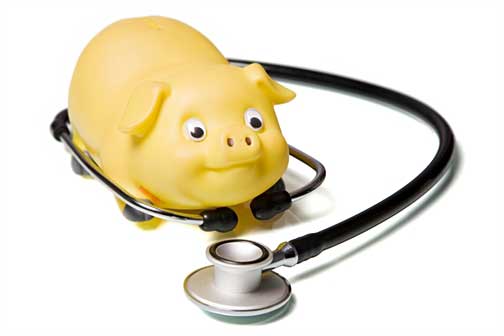 According to studies, cancer ranks as the second most deadly chronic ailment, expecting to cause 12,181,000 deaths worldwide by the year 2030 (source: Global Burden of Disease-WHO). However, with appropriate awareness and timely treatment, a lot of these deaths can be prevented. One of the main reasons why cancer may fail to get treated is the exorbitant cost of treatment. In this case, a basic health insurance plan can help relieve this burden only partially by covering hospitalization costs along with pre and post medical expenses. Such a plan may not be feasible for severe illnesses, especially since diseases like cancer require long term care and lifestyle changes. Hence, it is advisable to opt for a critical illness policy along with the basic health plan to ensure comprehensive health coverage. Costs involved in cancer treatment Cancer treatment is undeniably expensive, and can affect a person’s entire life’s savings. Often, a single sitting of chemotherapy can go up to Rs. 90,000 (source: Business Today, February 2013) and this could be a major monetary blow to anyone who has to shell out such a large sum of money at one instance from their own pocket. Besides that, due to the severity of such illnesses there is also the possibility that a person may have to stay away from work thus bringing about a loss of income. Also, in cases where one may have to travel to a bigger city for better treatment, it would be an additional burden. Thus, a critical illness plan would provide the required monetary relief. How a Critical Illness policy works A critical illness policy is a benefit policy. This means that on diagnosis of cancer or any other mentioned disease, the policyholder receives a lump sum of the sum insured. This can be used for medical care and any lifestyle changes. Some critical illness plans pay the sum insured only after the policyholder has survived a certain period. This time frame could vary from insurer to insurer and is generally a minimum of 30 days. Things to consider in a Critical Illness Plan Since a critical illness plan fulfills different needs from a basic health insurance plan, a few factors to consider are as below. Know the illnesses covered: Make sure to look into the illnesses covered under a Critical Illness plan. These are usually major illnesses such as cancer, coronary artery bypass surgery, first heart attack, kidney failure, etc. Check the waiting period: It is also recommended to check the waiting period involved for this type of insurance cover. This waiting period in health insurance is the time frame during which you will not be eligible for the claim amount. Verify sub-limits: Some insurers may offer a critical illness cover at a low premium. However, the payout may be restricted due to disease wise sub-limits. It is therefore recommended to verify the sub-limits beforehand, rather than simply choosing a cover with a low premium. Be honest: Some insurers may request you for a pre-medical examination while buying the policy, depending on your age. It is important to be honest about these test results, even if it may mean a loading (extra charge) on your premium. It is important so that the claim does not get rejected later due to a pre-existing disease. Explore critical illness insurance policy offered by Bajaj Allianz and get insured online!