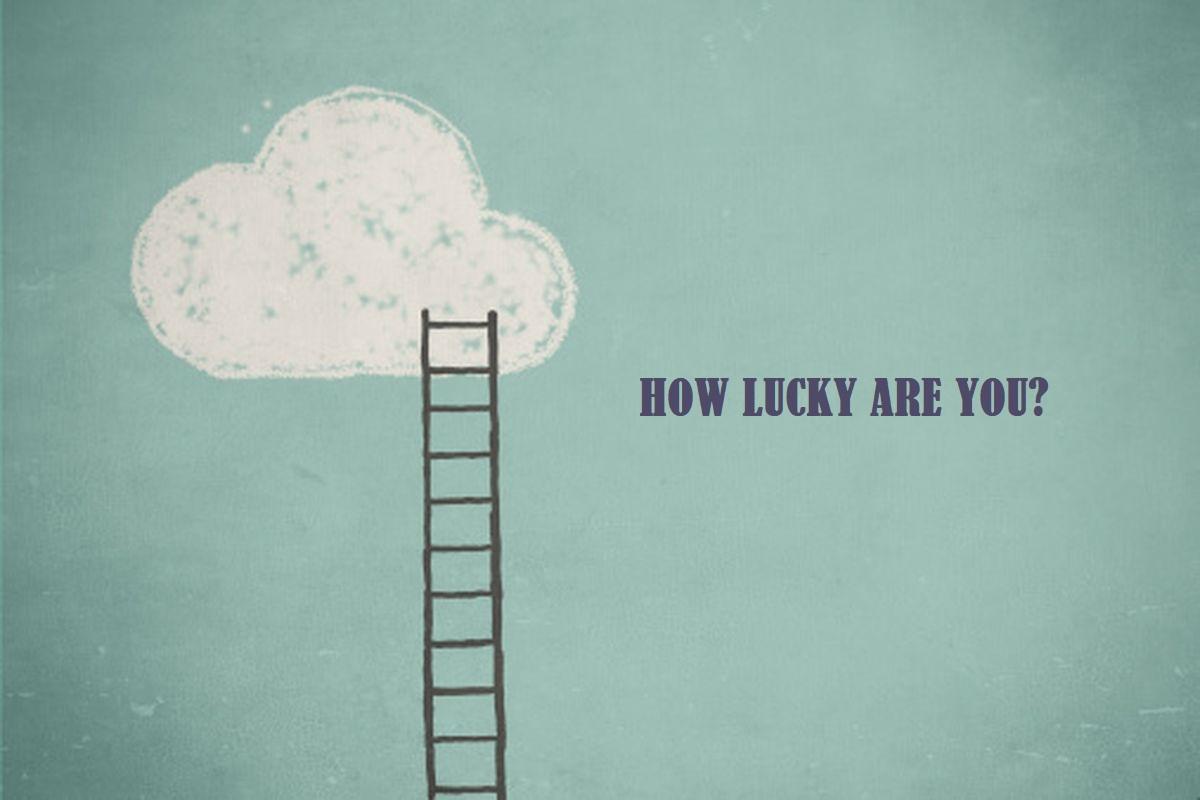 Lot of times I hear people around me talk about the luck factor. Things like somebody is lucky, I am unlucky. Somebody gets all the best things in life, I don’t get things easily. As I interact with people closely I find this to be one of the most common statements. I hence tried to understand whether it is true that some people are actually lucky while the others are not. I tried to figure out in my own life if luck had played an important role. One such incident that I could think of, was while I was with the public sector. Elections were happening and I was contesting for a position there and I made a statement that if I get elected, in order to do justice to the role of the office bearer I would not take up the role of a branch manager since both the positions required equal amounts of time and commitment. So to remain sincere to the chosen post, I was ready to settle down for a lesser demanding role. Still I lost that election. I felt horrible. I felt I was unlucky. Obviously because I lost the election, my statement was irrelevant and so I took up the role of the branch manager. Now, since I was a branch manager, I was able to join Bajaj Allianz, a start-up in those days, since that was the qualifying criteria. So, was losing the election lucky, or was it unlucky? How would you define it? At that point of time I thought it was extremely unlucky as I had fought really well and I was doing pretty good and had won elections previously also. But this election had become intensely political and the management wasn’t in my favour, and so I went on to lose the elections. How would I define it, lucky or unlucky? What was unlucky, at the hindsight proved to be lucky to have happened to me. Second episode was from my graduation days where in the first year I failed in a couple of subjects. That time I felt I was grossly unlucky as I had prepared decently enough to pass the papers, and still I flunked. But because I failed, my resilience, my ability to bounce back and my ability to learn from failures improved substantially which helped a lot in my career later. Now will you call it lucky or unlucky?

We will all find many such scenarios which at the point of occurrence might have looked unlucky but turned out in our favour later on. The definition of being lucky and not so lucky is hence quite blurred. In a few exceptional cases you may find a sheer stroke of luck but mostly the sheer stroke of luck is the culmination of a lot of hard work, perseverance, resilience and good attitude. Lot of people for example speak about extempore speakers and stage performers. They have exceptional skills when it comes to delivering speeches, but very few know about the years of practice that has gone into sharpening of this skill. What hence seems to be sheer luck, has a lot of hands-on experience that embodies and presents itself as what we often call “luck”. This means that if we have to be lucky in life, the right ingredients need to go into the making of our life. I’ll explain it this way. Imagine, you are leaving for work one day and a hermit suddenly shows up in your parking lot, walks up to you and says that today will be the luckiest day of your life and vanishes. Though you might not believe it, you will be more confident about yourself that day, approach situations with a better positive outlook and trust your gut instincts a bit more. And because it is validated in your sub-conscious, things actually turn out good for you in the end, placebo at play, but you attribute it to the hermit and thank your lucky stars at having met him. Maybe you grow a bit superstitious too. But then do realize that this is exactly what people who have cultivated the act of “being lucky” do every single day. Instead of being superstitious, they take hits on the chin gallantly, stay positive in the worst of circumstances, believe in their ability to bounce back, are resilient and perseverant.

Bringing about these changes in your behavior is not easy though, because humans are emotional beings, and our demeanor often depends on what’s happening to us or what we like/dislike rather being truly objective. A hint of prejudice or influence of the surroundings alter our mood, choices and decision making at the best of times. You cannot control it, but at best what you can do is to get the odds in your favour. There is of course the spiritual angle of Karma as well. Simply put, when people are good to others, others are good to them and they hence create a cycle of positivity for themselves. Even the Bhagavad Gita says if we keep on doing good the rest is all incidental, life will not be something that you will have to worry about.

Maybe luck is the secret ingredient to success, maybe it is that which the universe conspires to fulfil if you truly want it with all your heart. However, fortune favours the brave, the resilient, the one who knows better things await! Plant that imaginary hermit every day in your parking lot, and let him tell you that it is the luckiest day for you. Then walk into your day confidently, take those chances, follow your gut and let the good work show its results. Maybe it is true, you make your own luck.

3 responses to “The “Luck” Factor”

Thanks for converting our mistakes into lessons, pressure into productivity and skills into strengths. You really know how to bring out the best in us.

Thanks for another informative site. Where else may just I get that kind of info written in such a perfect way? I've a challenge that I am simply now operating on, and I have been on the look out for such information.

It is really interesting , some scenario might be unlucky at that point of time but may turn in to your favor in future