The Dynamics of Feedback 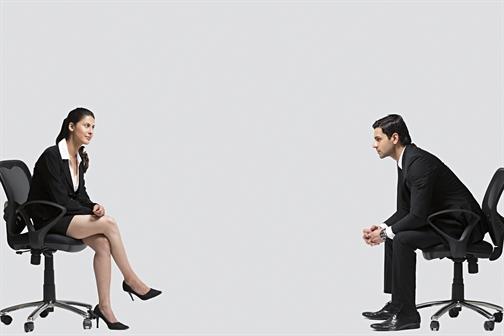 I have been reminiscing about the early days of my career. During that time, I was quite averse to negative feedback. If someone told me that I wasn’t doing something well, or I could do better, I would get irritated and feel very negative about that person. By contrast, if somebody told me positive things, it didn’t matter to me whether they were true or not, I simply felt happy about being praised and that naturally made me like that person more.

All this led to my thinking that I couldn’t do anything wrong, and that anyone who disagreed was not aligned to me. I realised I was living in a fool’s paradise, to use the right phrase. It might sound odd, but it was a visit to the circus that changed my perception of feedback. Sitting there in the audience and watching lions – kings of the jungle, and ferocious animals like tigers and bears sitting meekly on a stool, jumping and capering at the command of the ringmaster. The sight jarred me as much as it fascinated me. I wondered how it could be possible, how could it be that the kings of the jungle would be so docile and listen to everything that was being told to them?

The answer was surprisingly simple. To get these wild animals to obey you, all you had to do was ply them with praise. You couldn’t fight with them; any negative behaviour from you would result in your getting killed. So you just had to keep praising them, keep at it till they became attuned to being manipulated.  This got me thinking – what is the difference between an animal and a human being? If somebody is just praising me without giving me a real feedback in terms of what I can do better, should I let myself be manipulated by these people? I realised that if I allow such a thing to happen, I would not be making full use of my intellectual and emotional quotient, nor would I be making use of these attributed for the betterment of anyone.

I think if we look at our own personal histories, we will find that from an early age, we have become accustomed to a culture of praise. As kids, we sang nursery rhymes before our uncles and aunties and were satisfied with the praise they heaped on us after it. I feel it’s that same mentality – working for positive feedback only – that dominates us now.  Unfortunately, it doesn’t work in the long term. I think that from a manager’s perspective, if he is not giving fact-based true feedback to his employees, it’s criminal. Similarly if an employee doesn’t accept feedback with an open and inquisitive mind, that too is criminal.

I feel it is time we all get into this mode of embracing critique in all facets of our lives. I’m not saying that we should just blindly follow whatever anyone says. We should put our facts forward too, ask questions and understand expectations. But at all times, I believe it is necessary that feedback be fact-based and improvement-oriented. One must learn to value constructive criticism.

If I look at the company and also society at large, I find that quite a few people don’t give prepared feedback. Equally so, many people don’t accept such feedbacks. I feel that this leads to critical differences between the bosses, employees, and the overall culture and atmosphere of the company. I strongly advocate for a culture of open and clear feedback because my experiences have taught me that life is much simpler and happier this way. Avenues for communication, growth, debate and mutual respect are opened this way.

I have felt positive changes in myself from adopting this approach to life.  Since this was so close to my heart, I thought that I’ll speak to you on how to look at feedback and how to give feedback too. Try it. It’s a bit difficult at first, but as you get used to it, it becomes a way of life and it makes you a much happier and better person.

2 responses to “The Dynamics of Feedback”

Completely agree with. People should not involve themselves in this activity, rather they should spend quality times in quality work, which in turn help the Organization as well as their personal life. People who get involve in office politics not only spoil them selves but also ruin the environment of the office.

Good Morning Sir, Trully agree with your facts and the way you have delievered your thougts. Even I feel feedback should be fact-based and should be genuine and with a intention to motivate and to cultivate better results from an Individual. Hope everyone has read it with a fresh mind and may broaden their outlook towards there seniors, juniors and colleagues.