The Dynamics between Boss and Employee 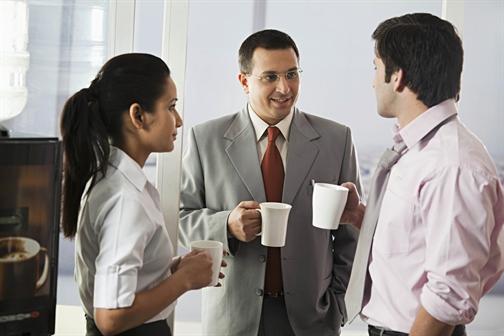 It is not. It is only natural that some people whom we like will be disliked by others and vice versa. I am mentioning this because I hear that many people are not very happy with their bosses. This makes me think that ‘boss’ is a word which tends to get a lot of hate, especially if the person in question dislikes his boss.

I wonder how this negative perception of bosses came about. To get to an answer, I must go back to my own career and the many bosses I’ve had. It is my honest belief that I am what I am because of three influences in my life – my mother, my mistakes, and my bosses.

I will not say that I was happy with all my bosses. When I was younger and raring to go, I was often frustrated and unhappy with how things happened at work. Today, I’m going to talk about those feelings, the issues they stemmed from, and how I reacted to them. I do not know if you will find my stories relevant, but I hope that I will succeed in bringing about a deeper understanding of the dynamics between a boss and an employee.

Let us begin with my very first boss. I remember his first words to me: “Why have you come here? I do not know what to do with you.” As you may imagine, that was a shock. Eventually, because he had to find some work for me, he handed me accounts. For those of you who know me, you know that I never had any background in accounts. To top that off, I realised that the account had been pending for reconciliation and closure for over a year, and the deadline to submit it was in two weeks.

I could have gone and complained to his superior then. The only other option was to take up the challenge and get those accounts done. The impossibility of the task I had been set sparked something within me – let’s call it determination – and I decided that those accounts would be handed in as required, no matter what it took. It wasn’t easy. It took about 17-18 hours of work on a daily basis and a lot of help from the other staff in the company before I got the hang of it. I could not finish the accounts in two weeks’ time, but I did it in 3 weeks.

The pattern had been set. It didn’t take long for me to realise that when my boss would be in a tight corner, he would assign the task to me. Naturally, I grew frustrated. I felt that he was deliberately setting me up to fail because he didn’t want me around. But hindsight has given me a fresh perspective on my days under that boss. It is undeniable that the hardcore foundations of my understanding of business were set in that first year. I wonder if that was his way of ensuring that I would do well. Maybe he actually had confidence in me and thought I was his best employee!

My next boss was a complete about-turn from the last one.  His mentorship was invaluable – he was patient, taught me to try different things, and gave me enough time to finish everything I was assigned. I was very happy when I was working under him. I developed as a person and had far more peace of mind. But I think that overall, I didn’t learn quiet as much as I had under my first boss. Now that’s a contradiction!

The next story I am going to tell might strike you as a little funny. It certainly is an interesting one. This happened at a point in my career when I was rapidly going up the ladder. The teachings from my previous bosses had turned me into an innovative and dynamic worker, but I had the impression – and I may be wrong – that my boss felt that I was moving too fast for him and had to be slowed down. What happened next was definitely one of the strangest things I’ve faced in my entire career.

In those days computerisation had just started. My boss gave me huge sets of documents and asked me to type them into the system and hand him the printouts. I was very surprised because he already had those documents, plus a stenographer whose job was to do just that. I had a team to lead, and I didn’t think this was my job. I could have told him that I wasn’t going to do it, but then I would have had to transfer to another department, leaving my other initiatives incomplete. In the end, I typed for 4-5 hours each day, then worked beyond that to complete my assignments, and finally went for night classes to learn about computers. Those days were extremely hard to get through, and I often thought of giving up.

Today, I’m very glad that I didn’t. The material I had been typing was actually course material from the best management institutes in the country. I have not done my MBA, for those hours of typing, day after day, taught me enough about management techniques and business administration.

I had a couple more bosses after this. One of them has been a strong mentor and pushed me to my furthermost limits. There were times when I really did not like him. I felt that he was just pushing me for no good reason, but he never pushed me beyond endurance. Instead, what I learnt from him was a quality that would stand in good stead in business as well as relationship management – resilience.

And this brings us to end of my journey. Although I have not been able to tell you about all my bosses, I feel fairly confident that you would be able to relate to at least one or the other of these. If you do, I would like to tell just one thing. The bosses with whom I had the most difficult moments became the greatest motivators for me to shoot ahead, because I wanted to prove that I could handle whatever they gave me. On the other side of the spectrum, working under bosses with whom things were easy, I consolidated my position and had freedom to think differently.

The conclusion that I’ve arrived at, after reflecting on these experiences, is that each kind of boss has something valuable to give. My bosses, through the different ways in which they influenced my development, have all contributed into making me the man I am today. For this, I am grateful to them.

35 responses to “The Dynamics between Boss and Employee”

Sweet blog! I found it while surfing around on Yahoo News. Do you have any tips on how to get listed in Yahoo News? I've been trying for a while but I never seem to get there! Cheers

Hi Sir, Many thanks for sharing your real experience, it's really true each boss has something different ..we just need to understand the boss as well as the circumstances. Shweta

I had never evaluated my bosses prior to reading this piece from you, Sir.It was not only an eye opener for me but also enriching experiance. Thank you very much for sharing your valuable experiances, has helped me see the positive side of working under various bosses.