Be loved, or feared. But never ignored. 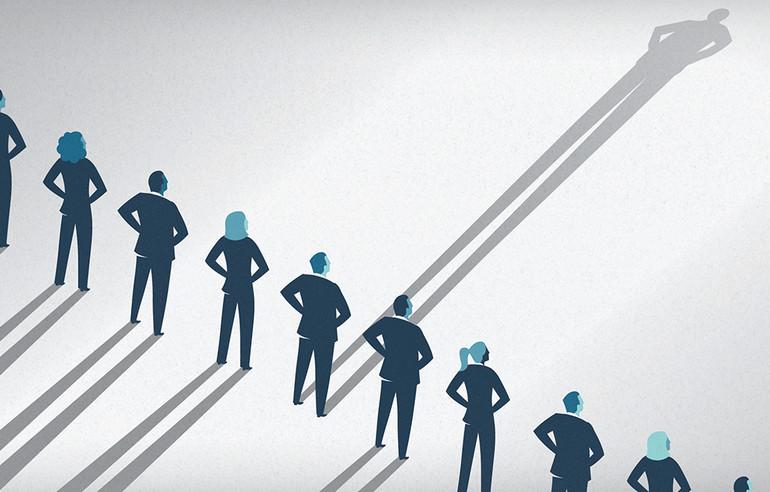 The other day one of my leaders came to me to have a discussion on his career which according to him was stalling. He seemed rather low-spirited and I sat him down to understand where and how was he positioned currently and what was it that was bothering him. I said lets figure out what people thought about him. I asked him, “Do they like you, do they hate you, are you discussed in meetings, do your ideas and implementations come up for discussions. Are people aware of what you are doing?” He took a moment’s pause to think and then replied, “I think I am neither loved nor hated.”

His response made me think about his situation for a while. If it were neither, then the only other interpretation to it was that he was being ignored. And he wasn’t alone. A lot of people around us fall in this bracket of “neither loved nor hated rather just ignored” category. These were the people who never showed up in our conversations. These were also the people who would never make any impact on the society or on the organization that they were associated with. And worse, over a period of time these people would become indifferent and they’d make this their comfort zone – happy at being ignored. And like the man sitting in front of me, they wouldn’t know whether this was good or bad.

The thought became more interesting when I walked down the memory lane creating a list of the most impactful people I had met. I realized that these people, who worked across various spheres of life, made to my list solely because they were men and women of action. From them I learnt that till the time you believe in taking actions, till the time you believe in finding out the pain points and figuring out solutions for them, till the time you embrace change and act upon it, you will succeed in leading yourself and your team. Contrary to this, people who merely meandered around life, idle, unprepared and undetermined - made it to the list of leaders who were often ignored, surpassed, and sometimes even rebuked for their passivity. Because of their inaction, people would start to find them uncompetitive, comprehending their unwillingness to learn as an unwillingness to lead, eventually ceasing to pay them any attention. Nobody wants to be led by someone who flies way below the radar, plagued with decision paralysis, at worst action paralysis.

Being unable to take up new roles, responsibilities and challenges is hence exactly what aspiring leaders have to try and avoid. A leader has to lead, and this calls for them to be the first ones to embrace changes. In the wake of exciting times, when people sacrifice (time, energy, efforts) a leader sacrifices more, by taking the lead, putting in more hours if required, constantly identifying problem areas and finding solutions for them. By doing this you lead by example, and when your people find how committed you are, they always give in. Here, their giving in is not a sign of their love or fear, rather the respect that you’ve earned. And more than anything, this is what a leader should aspire of from his/her own people. This is the strongest glue that holds teams together, since respect is an emotion that has to be truly earned.

And to earn this you have to be passionate towards your assigned roles/projects. Indifference and inertia stem pessimism in the team, which is not good for the overall morale. Problems become possibilities when faced with open arms than clenched fists. An optimistic individual sees it as his/her responsibility to adopt the “glass is half full approach” making them the upbeat leader who chooses to instill confidence in the team by taking on newer challenges and delivering results.

You also need to be your true authentic self, since if your people find you lacking authenticity, they will pay lip service to your instructions but never follow through on what you ask of them. A leader lacking the required seriousness and authenticity will have people who comply out of hierarchical compulsion rather than utmost commitment. Lastly, you are leading people. If you remain in a bubble that airs your ego isolating you from your people, it’s sure to burst someday. Walk down the lane, strike a conversation and get to know them individually. Engaging in meaningful talk, sometimes not pertaining to work too makes you more humane, and hence more approachable.

While leadership styles are inherently personal, the attributes of great leaders across ages have been quite similar and simple. They have often been feared or loved, mostly respected for their conviction, control, courage and more importantly their willingness to act. For those who feel that they aren’t heading anywhere, like that leader of mine – my take in life is simple, be loved, be feared but Never Be Ignored.

3 responses to “Be loved, or feared. But never ignored.”

It's very relevant sir. Good one

Helpful insights and very much relevant for current workplace scenarios, but yes the key is to be loved or be feared but never be ignored!