Are you real or a figment of someone’s imagination? 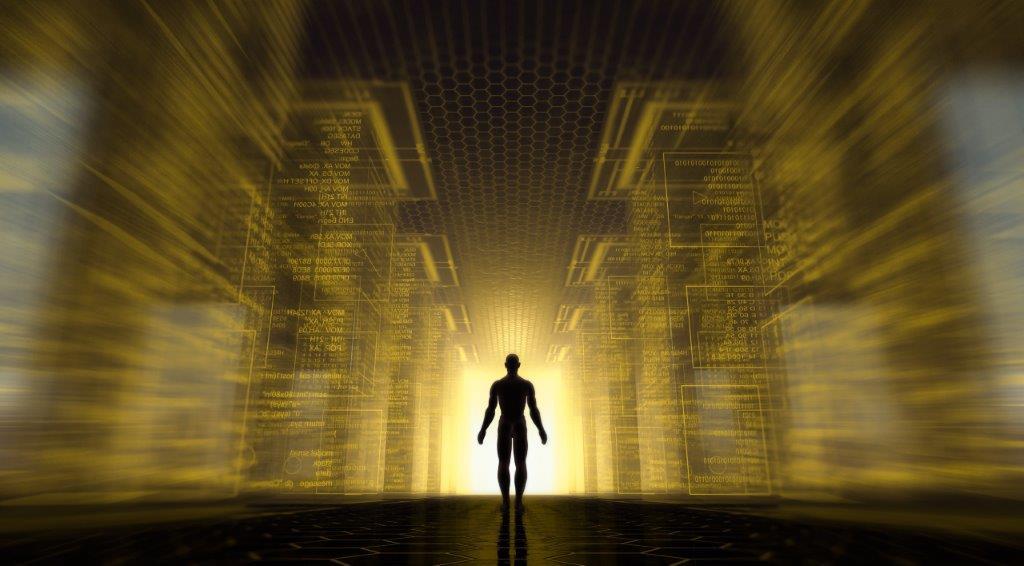 Recently, an interesting conversation stirred by Elon Musk, the CEO of Tesla Motors, SpaceX, and other cutting-edge companies caught my attention. In a recent technology event, in an answer to a question posed by the audience he mentioned that “There may be a possibility that human kind is living in a simulated reality.” He thinks that it is overwhelmingly likely that we’re just characters living inside a simulation (virtual reality). Citing the speed with which technology is advancing, he suggested that the development of simulations which are “indistinguishable from reality” was inevitable. In future with advancements in computing power and artificial intelligence it is likely that our descendants could simulate and map human brain and the universe in sufficient detail. It’s like saying that we are one of the billion characters in a video game.  This argument was first brought to light by a philosopher Nick Bostrum that the world that we are living in may be a computer simulation by a very advanced civilization. He says that it is just like the realistic video games that we play where we simulate facets of our reality.

Science is today coming around to the simulation hypothesis, which has been echoed eternally by both spiritual leaders, futurists and philosophers from across the world. There are interesting facts and evidences supporting this theory. What we choose to believe in and what inference we draw out of this hypothesis depends on each individual.

Since the time civilizations came into existence philosophers and spiritual leaders from across all religions have claimed that the world that we live in is an illusion and our existence is being controlled by a divine power. In oriental philosophy they connote our reality and interactions as Maya, which literally means “illusion” or “magic”. According to the ancient Vedic literature, Maya is an illusion where things appear to be present but are not what they seem just like simulated reality. The Upanishads also describe the universe and the human experience, as an interplay of the eternal consciousness that is our Soul and the temporary, changing material world i.e. Maya (perceived reality).

The first evidence supporting the theory being, how many universes do you know of where life exists?  Why does earth remain the only planet to host living systems? The anthropic principle states that earth has fundamental physical constants to accommodate life i.e. perfect ingredients such as the right amount of sun radiation, magnetic field, gravity, oxygen and water in exact amounts for mankind and other living beings to survive in. Remove or alter any one of these elements from the equation and life will collapse. This is an evidence that these conditions have been deliberately created and are being monitored by a powerful architect?

What further adds to the belief that we are all part of a simulated life is how various civilizations and living beings who have entered this realm, have either self-destructed themselves or have collapsed due to forces beyond their control. They have played their part and have moved on or have been removed so that a new civilization enters this game of life. Every thousands of years, civilizations rise and collapse, what remains is the relics that give the new civilization an insight into their evolution. For instance, the famous pre historic cave paintings from Val Camonica, Italy that depict discovery of extra-terrestrial lives, the modern cities created by Indus valley civilization or the pyramids that the Egyptians built which our race cannot build without the modern machinery. What does all of this imply? That every civilization reached the brink of a revolution and collapsed and so might ours either due to the self- destruction element ingrained in us by the creator or due to factors beyond our control.

If we look at nature and our ecosystem we will gather that there is actually no need for us to fight, kill or destroy in the quest for wanting more because the universe has created enough for every living soul. Nature creates and then re-generates to replenish what has been consumed.  However, the moment human beings start disrupting nature and disturb the equilibrium through destruction we end up destroying ourselves. History cites instances and so do teachings from most of the religious books which talk about apocalypses in the form of natural catastrophes where everything gets destroyed. Periodically this has also been resonated by some of world’s finest minds through different philosophies.

Let’s look at the current scenario, there is so much pain and destruction due to the myriad wars, root cause for which lies in the quest for power and the greed for wealth which leads to oppression and subsequent uprising due to the anger. Besides nature’s equilibrium is also being altered due to rapid industrialization for the pursuit for more. What if we do not kill or plunder and live in peace with what nature has to offer? Will life still snarl up? This means that these human emotions of anger, ego, jealousy, guilt, desires beyond the need and greed have been ingrained or programmed in our system to self-destruct. How else can we explain these wars and the mass destruction and the need for the universe to re-adjust itself to the new creations?

I am not sure whether we are living in a Virtual World or Maya or are we living in the Real World. One thing that I am certain of is that if we learn how to break the code for self-destruction programmed in us and do good karma, we will be able to discern how beautiful the world that we live in is whether real or simulated.

5 responses to “Are you real or a figment of someone’s imagination?”

Honestly the take on virtual reality took me by surprise as to this could also be a facet of life unknowingly being monitored or analyzed. The best part is how you end the article with an opinion that may be in this life from the plethora of learnings we have, we chose to learn and unlearn innumerable things,why not learn how to break the code of self destruction programmed in us and do good karma.

Loved the Article. especially the concrete fact about how civilizations are ingrained for self destruction once they reach the peak of their evolution. I think, Maya or whoever for that matter is experimenting with every civilization to check if they are able to crack this code for peaceful living and maintaining this equilibrium and emerge successful in this experiment. But then another question consumes me; if we are successful in decoding this game, then what!!!

Very nice article Sir.:) Would like to quote two movie names based on similar theme 1) The thirteenth Floor - Hollywood 2) The Ghost in the shell - anime movie series (Japan) Both are my favorites. Thank You :)