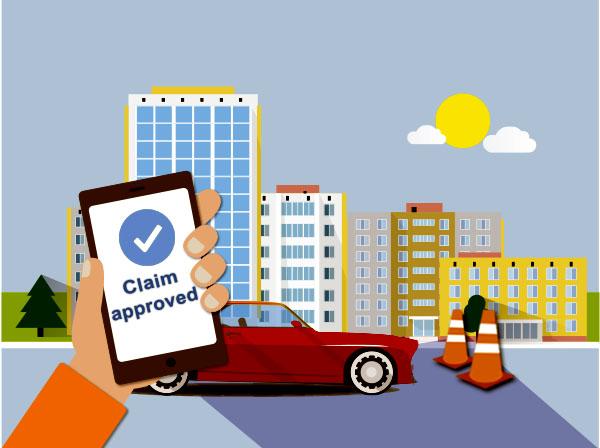 Technology is constantly expanding horizons and lending itself to making systems & processes more refined as well as efficient. And the limits of technology are defined by how creatively you can think of applications for this technology. The Motor OTS (On-The-Spot) Service is one such result of technology applied creatively.   The Motor OTS project essentially started taking shape over 4 years ago. They say that necessity is the mother of invention, and this adage stands true in the case of this initiative. We, at Bajaj Allianz, realized that the vehicle insurance claims procedure - estimation, assessment and then final approval - was taking longer than necessary because of the lack of standardization. There was no ready reckoner available based on which we could fix the cost of repair in the least possible time. And this was causing delays to our customers. So, we got down to figuring out ways to speed up the process. Our research showed us that SAE (Society of Automotive Engineers) had begun codifying damage for their research. And this sparked off an idea and we created a small system to assign fixed codes to damages, so they can be easily compared and assessed. The codes were assigned based on 3 factors: a) Location of damage, b) Extent of damage and c) Direction of force.   Once we discovered that this was a feasible option, we went ahead and created a core team of 15 members that included members from all across India to conduct a deep study. The team worked hard, in collaboration with the IT team, to create an almost errorless system of code assignation. The team not only considered variables in terms of the myriads of vehicle make, model and specification, but also made sure that regional and geography-specific factors were considered.   This deep study ensured that a fool-proof methodology was put in place for code capturing, and then began the tedious process of codifying each claim. And we collated a repository of almost 5 lakh codes in the system as a damage repository that could now be used for faster and more standardized claim settlement. By 2016, this system was being used extensively across the Company and resulted in better productivity and efficiency in claim settlement.   But we wanted to go one step further and offer the benefit of this speed to our customers directly. And that is what led to the inception of the Motor OTS claim settlement service – claims of 30k settled within 20 minutes. We combined the system for damage codifying that we already had in place with the IMPS fund transfer facility to offer our customers the benefit of almost instant claim settlement.   This move from traditional to digital is not only reflective of our core value of Innovation, but also encompasses our ‘Customer First’ mindset. We’re very proud of having developed an industry-first system, and even more thrilled to empower our customers with this advantage. At the moment, this facility is only offered under car insurance for private cars, but we’re working for something on similar lines for two-wheeler as well. We hope to keep growing, ideating and developing more and more such services to truly make our customer’s experience with us a delight.   Contributed by: A V Padmanabha (Head - Motor OD Claims, Claims Motor)