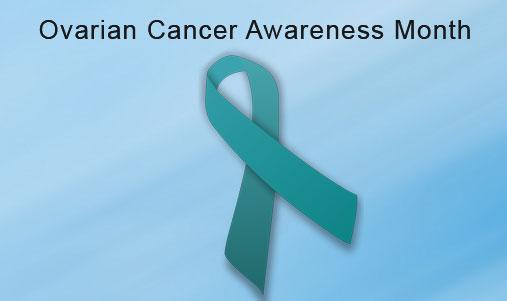 Ovarian Cancer is a medical condition that is typically observed in women in their fifties and sixties. It is one of the most fatal forms of cancer as it is often detected in later stages, since there are no screening tests are available to discover the ailment in its early stage. Ovarian cancer is fifth in row to account for deaths among women due to cancer. Stages of Ovarian Cancer There are four stages of ovarian cancer. In the initial two stages, the cancer is limited to the ovaries and a few organs located in the pelvic area such as bladder and uterus. The later stages of the disease are more adverse as the cancer spreads to other vital organs of the body. Symptoms of Ovarian Cancer The symptoms of this ailment are very subdued and hence the detection of this cancer in the early stages is very difficult. Some of the common symptoms of ovarian cancer include: Many studies have shown that women who have a family history of ovarian cancer, breast cancer, uterine cancer, colon cancer or rectal cancer have an increased risk of suffering from ovarian cancer. Also women with the BRCA 1 or BRCA 2 gene have a greater risk of developing ovarian cancer. Diagnosis of Ovarian Cancer You should consult your physician or your family doctor as soon as you notice any of the symptoms as listed above and also consider investing in a health insurance policy that offers adequate coverage for critical illnesses such as ovarian cancer. Some of the tests that your doctor might suggest are: We suggest you to approach your doctor in time and start with the treatment so that the disease can be curbed in the early stages itself. Ovarian Cancer Awareness Month The best way to observe the ovarian cancer awareness month is that you should educate yourself and your near and dear ones about the symptoms of the disease. The quicker you learn to notice the signs and symptoms, better are your chances to curb the disease in its early stages. A teal colored ribbon is the symbol for ovarian cancer. You can participate in activities such as raising money for research and education related to ovarian cancer, conducting risk awareness sessions, organizing ovarian cancer prevention programmes, donning a teal colored ribbon, sharing personal stories and getting yourself and the women in your family covered with the appropriate health insurance plan. Considering the stress you face every day and the hectic lifestyle you lead in today’s world, we would recommend that you get a women's health insurance policy that offers coverage for life-threatening diseases such as ovarian cancer.