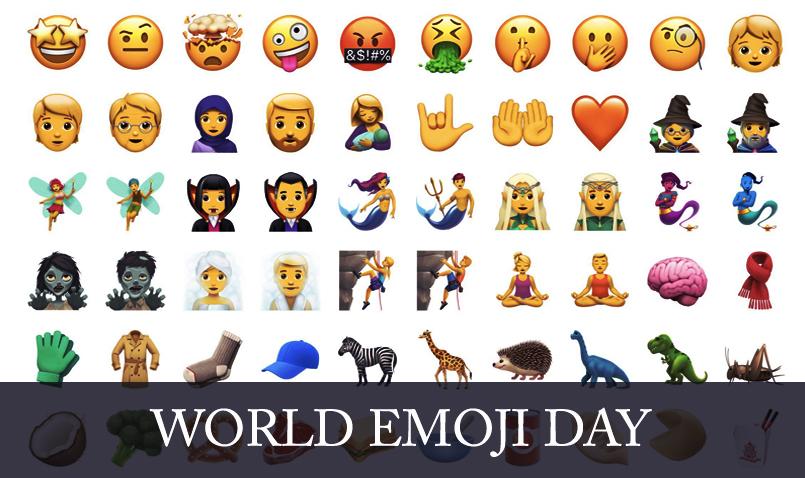 World Emoji Day – The Most Popular Smileys Used in India

The invention of smileys has helped people from different language backgrounds to cross the barrier of language and start communication with anyone without hesitation. The animated faces and symbols have opened up a new horizon for people to express their feelings. This graphic display of emotions has taken over the world of written communication by storm. The world Emoji Day was first celebrated on July 17, 2014. Since then every year big tech giants use this day to announce either the arrival of new emoji or bring a twist in the existing emoji collections. Brenda Ueland once said that, everybody is talented because everybody who is human has something to express, and the emoji collections have definitely substantiated the same. The Emojis are not only the part of fun conversations, but are also considered as a means to convey a strong message. For example the smileys with different colors like white and black give an anti-racial message to the users. An emoji library consisting of 1000 smiley faces was released in the year 2000 and since then the netizens have been using these animated images to express a whole lot of feelings. Today, on the World Emoji Day, let’s have a look at some of the most commonly used emojis.

There are gazillions of emotions and bazillions of emoji to express those emotions. You can celebrate this World Emoji Day by telling stories and communicating using smileys alone. We hope you have a pictographic day. Share with us the World Emoji Day activities you do to celebrate this day. While having fun with Emojis, we urge you to be cyber-safe. You should always be aware of the cyber frauds and the cyber-attacks. Insure yourself with our Cyber Insurance and browse worry-free.