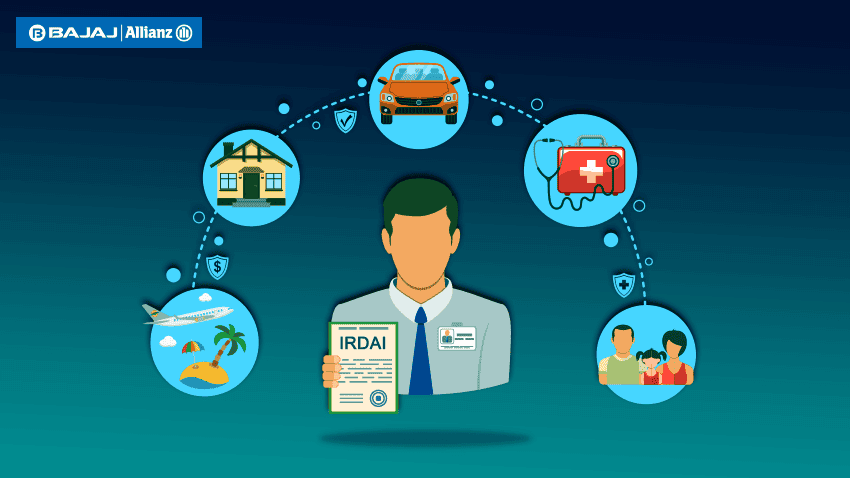 What is IRDAI? Functions of IRDA

The concept of insurance dates back 6,000 years where individuals back then also sought some kind of safety net. This need was realised and gave birth to the concept of insurance. The dictionary meaning of insurance states “an arrangement by which an organisation undertakes to provide a guarantee of compensation for specified loss, damage, illness, or death in return for payment of a specified premium”. With the growing need of this concept of security, it gave rise to life insurance at first followed by general insurance. Insurance when introduced in India was under the government regulation. However, to institute a standalone body to oversee the functioning of the growing insurance industry, a separate regulatory body was set up known as the Insurance Regulatory and Development Authority of India or IRDA.

IRDA or Insurance Regulatory and Development Authority of India is the apex body that supervises and regulates the insurance sector in India. The primary purpose of IRDA is to safeguard the interest of the policyholders and ensure the growth of insurance in the country. When it comes to regulating the insurance industry, IRDA not only looks over the life insurance, but also general insurance companies operating within the country.

What are the functions of IRDA?

As discussed above, the primary objective of the Insurance Regulatory and Development Authority of India is to ensure the implementation of provisions as mentioned in the Insurance Act. This can be further understood by its mission statement which is as follows-

What is the role and importance of IRDA in the insurance sector?

India began to witness the concept of insurance through a formal channel back in the 1800s and has seen a positive improvement ever since. This was further supported by the regulatory body that streamlined various laws and brought about the necessary amendment in the interest of the policyholders. Below mentioned are the important roles of IRDA -

What are the types of insurance policies regulated by IRDA?