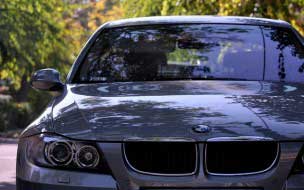 Everything You Need To Know About Zero Depreciation Policy

You have had an accident and now need to pay a whooping INR 1 lakh for repairing your automobile. However, you assume that since you have a motor insurance policy your damages would be covered. Unfortunately, when you file for claims, you come to know that you would have to pay hefty fraction of the overall costs, approximately INR 45,000, from your own pocket. What you forgot to factor in are the depreciation costs. Depreciation is the decrease in the value of an asset due to continuous use. In bike / four wheeler insurance , it is the rate at which the value of the vehicle parts depreciates as the vehicle ages. During claims, an insurance company applies the depreciation rate to arrive at the amount payable for the damaged part. The difference between the depreciated part and the market cost of the new part has to be paid by the insured. One way to protect against this is by opting for a zero depreciation or ‘zero dep’ policy. A zero depreciation policy is not covered under a base car / bike insurance policy.   The Depreciation Rates Some parts of the vehicle depreciate faster than the others. Accordingly, the insurer applies various depreciation rates for each part. These include: - A 50% depreciation rate is applied for parts which have high wear and tear such as rubber/plastic parts, tyres/tubes, battery etc. - There is 30% depreciation on fiber glass parts. - Metallic parts, are depreciated at 0-50% depending on the age of the vehicle (from 0% upto 6 months and going upto 50% after 10 years) - Painting results in a 50% depreciation of the material cost   Zero Depreciation Cover: Things That You Need to Know Compulsory Excess In most of the cases the coverage is not 100%. Normal wear and tear and mechanical breakdown is not covered under the zero depreciation policy. There is also mandatory policy excess that a customer has to pay even if he takes a zero depreciation insurance for bike or their car. For example, a private vehicle which is 1500 cc would attract a mandatory excess of INR 2,000. There is also a flat excess that a customer has to pay. For example, for Bajaj Allianz Drive Assure, the compulsory policy excess is INR 5,000 and the rest is payable by the insurance company. Only Admissible Claims are Payable If a claim is not admissible, even partially, then it is not payable. For example: If for an automobile only one door is covered and the second door is not covered, then during claims, only the claim for one door is admissible. Uninsured items like accessories and bi-fuel/gas kit and tyres are also not covered. Restriction on Number of Claims A zero depreciation cover may also limit the number of claims that you can make annually. For example, certain insurance companies may restrict the number of claims to only two for each policy period. Does Not Include Engine Protector Engine Protector protects the vehicle from losses caused by damages This could be caused due to hydrostatic lock that is when engine gets seized due to water ingression or stalling of the engine due to engine oil leakage, or due to consequential losses caused by leakage of lubricating oil or damage to the gear box. A normal zero dep cover will not cover this. However, with Bajaj Allianz Drive Assure Economy, you can get engine protector as well. Available Only for New Vehicles The zero depreciation rider applies only to new vehicles, with the age limit being five years. If your vehicle is older, it is not eligible for this benefit. Get in-depth information about vehicle insurance at Bajaj Allianz. This article was authored as an expert opinion piece by Mr. Aditya Sharma – National Head of Websales, Direct Marketing, Travel Insurance, Home Insurance and Retail Health at Bajaj Allianz General Insurance Co. Ltd. You can follow him on Twitter @adityarpsharma