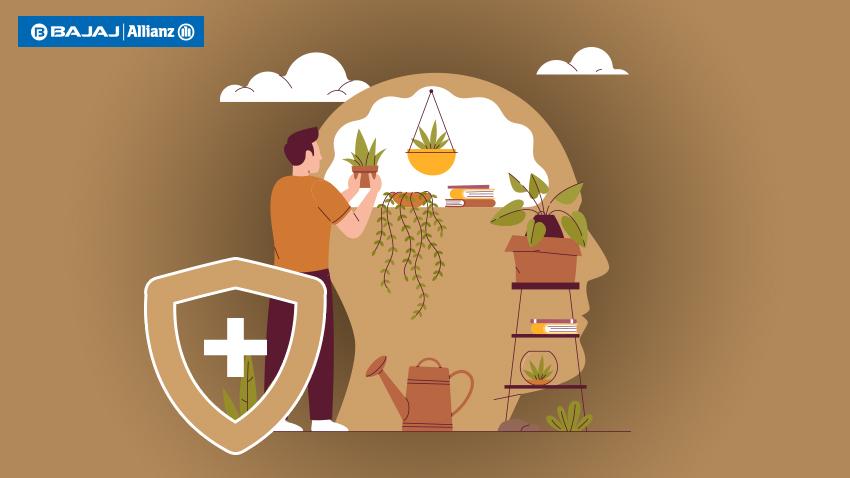 Purchasing a health insurance policy translates to having all your medical requirements secured. Be it your spouse, children or parents, health plans help you customise based on your needs. But what about mental health? Are your loved ones covered for any mental illnesses? You would have noticed that most insurers have mental health conditions scribbled under exclusions earlier, but not anymore. Here is the mental health insurance coverage in brief.   What Is Covered Under Mental Health Insurance? Mental health started to receive a lot of attention in recent times, shining a light on the gravity of the illness. It could no longer be ignored and had to be recognised as a serious issue many individuals dealt with. The Insurance Regulatory and Development Authority (IRDAI) soon began to work towards the inclusion of mental health coverage, leading to the Mental Healthcare Act, 2017. This act strived to provide the right mental healthcare treatment and services to individuals suffering from such illnesses.   The Mental Healthcare Act, 2017, defined mental illness as “substantial disorder of thinking, mood, perception, orientation or memory that grossly impairs judgment, behaviour, capacity to recognise reality or ability to meet the ordinary demands of life, mental conditions associated with the abuse of alcohol and drugs, but does not include mental retardation which is a condition of arrested or incomplete development of mind of a person, specially characterised by subnormality of intelligence".   Thus, your health insurance plans shall include mental health insurance coverage, allowing you to file a claim if your mental condition falls under any of the above-mentioned criteria.   What Is Not Covered Under the Mental Health Insurance Coverage? Based on the definition of the Act, there are two clear exclusions that you should know about. The first one is any type of mental retardation experienced by the individual and the mental illnesses arising out of abuse of drugs or alcohol. Also, mental health insurance only covers expenses resulting from hospitalisation which means that out-patient treatment like consultations may not be covered.   You may find exclusions specific to some mental illnesses in your health plans with many having waiting periods. Similar to pre-existing health conditions, you would have to look out for pre-existing mental disorder clauses as well. Hence, it is recommended to go through your policy documents carefully and understand the exclusions along with the terms and conditions.   Some Things You Should Know About Mental Health Insurance   What is the minimum time period of hospitalisation required for filing a mental health claim? The minimum amount of time you need to be hospitalised should be 24 hours for filing an insurance claim under mental health insurance.   Will insurance companies cover OPD or consultation charges under mental health coverage? Though the guidelines of the Act demand an illness to not be discriminated for being physical or mental, it will vary from one insurer to another. But many insurance companies do not cover out-patient treatment even for physical illnesses, so it is advised to check with your insurer.   Which illnesses fall under the mental health disorder list? Below are some known mental illnesses that fall under the list:   What does the inclusion of mental health illnesses mean? The inclusion of mental disorders under your health plan means that the insurer cannot deny a claim in case you are covered for mental illnesses. Also, if you are diagnosed with a disorder after purchasing the health plan, you can make a successful claim. But you should be aware that the insurer is not liable to cover pre existing mental illnesses under the policy so peruse the terms & conditions of the policy and resolve all of your queries with your insurer before purchase.