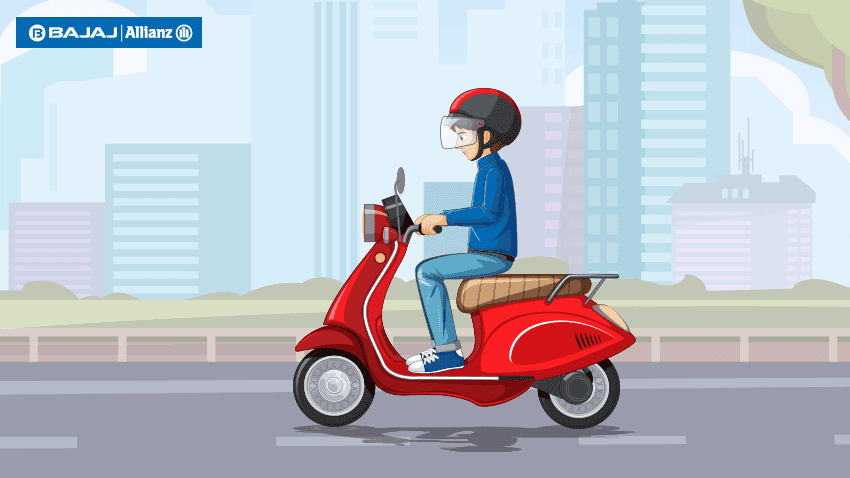 Road safety in India is a major concern. According to a report published by World Health Organization (WHO), a third of road injuries in India occur due to crashes caused by drunk driving. According to some data, around 403,116 crashes occurred across India in 2021. This ended up resulting in around 155,622 deaths across the country. As per the same report, approximately 44.5% of these deaths can be held accountable for two-wheelers. While two-wheelers are often the lifeline of transport in the country, these alarming figures prove that they are also a risky mode of transport. Perhaps, the abundance of two-wheeler owners is a factor in the large number of two-wheeler accidents. But what could be inferred is the fact that two-wheelers may either be the cause or the victim of road accidents in almost half of all the roads accidents in the country. So, how are traffic regulations planning to change things? The new road rules in India will include some changes in the existing laws, in regard to as speeding, reckless driving, helmet requirements, lack of bike insurance, and much more. This article aims to educate riders about the proper rules and etiquette of Indian roads and the recent changes in them.

Guidelines and penalties for traffic violations

The following offenses and penalties apply in India for non-compliance with the new traffic rules in India:

Driving without a valid driving license:

If you are not driving your vehicle as per the speed limit, you will have to pay a total of ₹ 4000 (and can vary on the basis of the vehicle you are driving on the road).

If you're driving rashly on domestic roads, you'll have to pay a hefty new fine. This is because rash driving can cause many accidents on the road. The fine for the first offense ranges from ₹ 1,000 to ₹ 5,000. For second offenders, the new penalty for rash driving is ₹ 10,000 or 2 years of imprisonment.

According to motor vehicle laws, your bike must be insured after registration to avoid being deemed illegal. The fine for riding a bike without a valid motorcycle insurance policy is ₹ 2000 rupees or up to 3 months of imprisonment. Riding without third party bike insurance for the vehicle is a risky financial and legal decision to take. Without third-party insurance, in the event something unfortunate happens that concerns your two-wheeler, you would have to pay for your and a third party’s injuries along with any property damage that might occur. So, if you don’t already have a policy, check out the wide range of two-wheeler insurance options from Bajaj Allianz General Insurance. *

If you are caught riding your two-wheeler with more than one co-passenger, the new penalty for the same is ₹ 20,000 (which was earlier ₹ 2000). Another penalty for violating this traffic law is a three-month license suspension. Unfortunately, there is no insurance coverage that can protect you against this. Moreover, as part of road safety rules in India, your insurance policy will not cover you if an accident occurs while you were conducting some unlawful activities while riding your bike.

The new traffic rules levy a fine of ₹ 10,000 if you are caught driving under the influence of alcohol. This also affects your insurance coverage. If you make a claim for an accident that occurred while you were drunk driving, the claim will undoubtedly be denied. Moreover, your policy could be cancelled. If you try to buy a new policy after that, you can expect higher bike insurance price. Hence, it is better to ride a bike safely and responsibly. *

Violation of traffic rules by teenagers:

If a teenager violates the new traffic rules, his/her guardians or parents of the teenager will he held legally liable. In this case, the new traffic penalty is ₹ 25,000 rupees and 3 years imprisonment. In addition, the minor in question will be prohibited from obtaining a driver's license until they reach the age of 25. *Standard T&C Apply

As an update of the Indian traffic rules and fines 2021, the new amendments on traffic offenses and penalties in India are: 1.If a vehicle is being looked into by the police, it will be updated on the online portal. 2.No physical verification of documents is required. If the police need to suspend your driver's license, they can do so through the available online portals. 3.According to the new traffic regulations, the driver's behaviour will be recorded and updated by the authorities in an online portal. 4.Electronic challans will be issued for those who violate the traffic rules. According to the new traffic regulations, it is not mandatory to have copies of documents. You can carry a digital copy of all documents related to your vehicle. *Standard T&C Apply The above information was your brief update on the new traffic rules in India for 2022, and the changes it will make to Indian roads. After going through them, it seems clear that the government is making efforts to bring about a positive change in the way we travel. The increased penalties will help reduce accidents and improve road safety. However, to ensure your own safety, you should invest in the right bike insurance policy for you. Bajaj Allianz General Insurance offers a wide catalogue of bike coverage options. Compare the different plans offered, use the bike insurance calculator for a deeper analysis, and then pick the plan that works for you best.   Insurance is the subject matter of solicitation. For more details on benefits, exclusions, limitations, terms, and conditions, please read the sales brochure/policy wording carefully before concluding a sale.