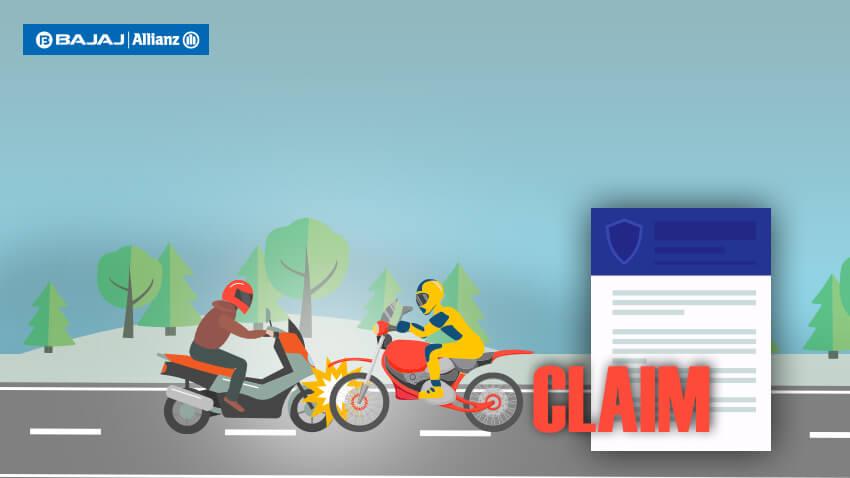 How To Claim Insurance For Bike Accident In India?

India is a populous country which makes driving a bit difficult for everybody. Not because people are not cautious but because there are too many vehicles. As per 2019 stats, the total number of road accidents in India were 4,37,396 in which 1,54,732 people died.   These figures are both scary as well as a sign that we need to have some sort of backup if any damage happens whether it is to our vehicle or our body. Hence, whenever you buy a bike, it is best to buy bike insurance as well. It is not only beneficial but is also mandatory as per the Motor Vehicle Act to have at least a two wheeler insurance 3rd party policy.   If you want to know how bike insurance works and how to claim insurance for bike accident, read ahead!

How to claim insurance for bike accident in India?

If unfortunately, you have met with an accident on the road, you should not panic. Keep in mind that your policy is there to back you up financially. The only thing that you have to do is file you claim in the right steps.   Before we move to how to claim insurance for bike accident, let us discuss the types of bike insurance claims in detail.

Basically, bike insurance claims are of two types:     This scenario where the insured does not have to pay the whole amount up front to the repair shop is known as a cashless claim.     This method of claiming the reimbursement after paying for it from your own pocket is known as reimbursement claim. In this, the insurer will not pay you more than the coverage limit.

The process of how to claim insurance for bike accident

What are the essential documents for getting an insurance claim?

Here are the necessary documents for accidental claims on bike insurance:     Note: It may take around 3-4 months to get the IDV amount, so be patient. You will get what was promised!

An insurance claim can be rejected under multiple scenarios like:     Yes, if in an accident, you get injured, you will need the medical slips to get the claim.