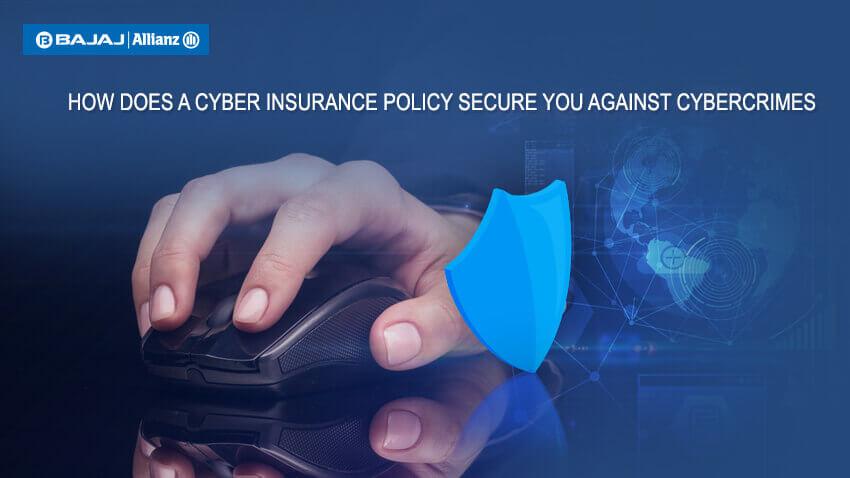 What is Cybercrime? Types of Cybercrime Prevalent in India

As of 2018, there are 400 million internet users in India, making it the second-largest nation in terms of the global internet population. Where the interweaving of the internet in Indian society is the genesis for large-scale progress, it also makes us vulnerable. Case in point, cybercrime. Ever since the internet has become a playground for cybercriminals, the central and regional authorities across the globe have become alert. Not only do the cybercriminals use the internet to commit cybercrimes, but they also manoeuvre for other crimes. Since it runs on the web, the cybercrimes know no bound, territorial or otherwise. From getting access to social media accounts, siphoning off money, hacking mobile wallets, and bank accounts, a lot can be done via the internet. That too, without leaving trails to track the culprit or the source of the attack. In this article, we will have a detailed look at what is cybercrime, its types, and how cyber insurance can protect your interests.

The Indian IT Act of 2000 is the source of the legal framework for cybercrimes in India. The main categories of crimes addressed by the act include Tampering, Hacking, Stealing Information, Frauds with Digital Signature, Unauthorised publishing of the images, cyber terrorism, among others. The fact that no Indian Act, let alone the IT Act, 2000 has not given a precise definition of cybercrime portrays its immeasurable extent. We can only say that any misdeed that is done with a computer is a cybercrime.

The ubiquitousness of the internet in our lives is beyond comprehension. It does not stop at using social media or wallets, but the clutches of digitalisation are so inextricably woven into our lives that we are connected to the internet in ways one can only imagine. Today we have smart TVs, washing machines, refrigerators, IoT powered devices, smart homes, cloud, and whatnot. The majority of these technologies have access to our private information. With this in mind, let’s elaborate on the types of cybercrime with a focus on India. We will divide the cybercrimes into four heads;

An act that exploits the individual in multiple ways with the internet as an accessory can amount to cybercrime. One of the most prevalent antisocial behaviours in this category includes cyberstalking. Stalking on the web involves keeping track of the person’s activities with a motive to harass them via calls, emails, SMS, and other mediums. Furthermore, hacking and cracking of accounts (general, social media, or financial) lets the cybercriminals access personal data which can be later translate to identity theft . Copyright infringements related to software or online tools amount to tampering. Other offences include frauds, scams, sharing obscene material, phishing, revenge porn, and child pornography. Lastly, corporate espionage and data theft crimes are also committed against small and big businesses. A new form of cybercrime has emerged in the wake of trolling the celebrities and other public figures online. Identity theft and face morphing cases are also a part of this criminal circuitry that can seriously tarnish the image, personality, identity and the entire life of a person.

Aspects like trespassing the IP rights is one of the most dangerous cybercrimes in this category. Hackers and crackers are resorting to destroying the data on the web that is owned and operated by another entity amounting to cyber vandalism. Even a transmission of any sort of virus to another system is an act of cybercrime. Hackers often use malware and ransomware to gain control of a user’s device to extort money before giving back control to the user.

Attacking a government’s essential control, including the financial system, transportation (air, sea, and ground), and law enforcement can seriously impede a country’s ability to fight back. Such programmable attacks are a part of cyber warfare. Furthermore, activities executed with an intent to, hurt the unity, integrity, and security of the nation by using the internet and digital devices, terms to cyber terrorism.

Under this head, acts committed against the society at large, with an intent to cause trouble to a large chunk of the population are considered. Phishing schemes, frauds, and cyber trafficking are just the tip of the iceberg; the actual scale of potential cybercrime is non-exhaustive. This is just a glimpse how we can become the victims of cybercrimes so easily. Some software powered by Artificial Intelligence can scour the internet and gather information about a person or an entity that is present in the public domain. But, what’s stopping such technologies from getting access to the data that is not on the public domain or hidden?

How Does Cyber Insurance Help?

One of the biggest ironies of protecting yourself from cyber attacks is summarised by one statement. Economic Times reported that “IRDAI has warned the citizens about fake insurance scams.” Understand this; Cyber Insurance cannot protect you from cybercrime. It can only provide a financial cushion should you become a victim of some types of cybercrimes and not all. So, financial losses faced by an entity due to email spoofing, fraudulent transactions, phishing scams, and cyber extortion are majorly under cyber insurance . Added to this, these policies provide the monetary backup for reputational risk coverage, protection of assets, and data protection counselling and consultations. From an individual’s perspective, some policies cover cyberstalking and identity theft. But here too, they provide monetary cover for prosecution expenses, defence costs, and transportation costs.

To Sum it Up

Besides having an adequate cyber insurance coverage , you must adhere to precautionary guidelines aimed at protecting your online identity and assets. You must know that the insurance claims for these crimes are also highly subjective. The nature and initiation of the cybercrime attack are taken into consideration before moving ahead. So, you must implement protective measures, be meticulous while using the internet, do not download malware or open unsafe websites and emails. Because, “Prevention is Better than Cure.”